With oil mills now mainly closed, ISMEA estimates Italian Olive oil production at 365,000 tons, 110% more than in the previous harvest and 13,7% more than that forecast for the current harvest.

The percentage increase in production was concentrated mainly in the regions of southern Italy, which tended to coincide with those of highest production (Puglia, +185.5%; Calabria, +283.7% and Sicily +89.9%), whilst central and northern areas fell considerably. 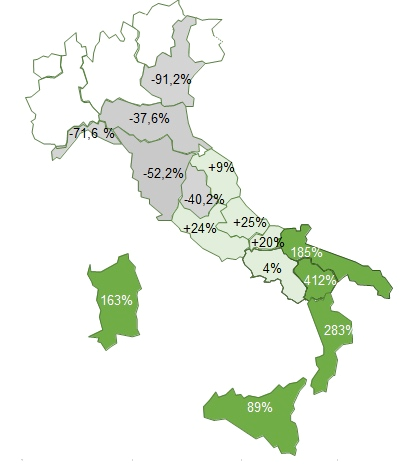 On a global level, the estimated total is around 5.0% lower than last year, mainly due to the drop in Spanish production, which according to estimates from Madrid, should reach 1,160,000 tons (-35% compared to the previous harvest).

Global production of pressed Olive Oil (in thousands of tons)

Regarding pricing, the robust carryover of the Spanish production of 2018/2019 heavily influenced the prices starting from those at the end of the summer. Furthermore, following healthy harvest in southern Italy, the price of Italian oil has also undergone heavy reductions compared to the prices that had characterized the 2018/2019 year.

The ISMEA publication is quoted below:

“ISMEA estimates the national production of olive oil in 2019 at around 365 thousand tons, more than double the very low 2018 crop. The national output has returned to good levels and, even though it is far from being considered abundant, the growth figures are relevant. Production figures for most recent harvests exceeded 400 thousand tons in 2015 and 2017. On the basis of the data analysed, the Peninsula can be divided into two parts: the north with drastic reductions that in some cases have led to almost zero volume, and the south with increases in all regions, some of which have doubled or tripled the poor yield of the previous years.

At world level, however, the production figure of this crop would seem to be lower than the previous one (-5%), the result of the two opposing situations inside and outside the EU borders.

The EU is clearly the most productive despite a rather considerable drop in Spain which, according to the latest Madrid estimates, should have a production of 116 million tons, 35 less compared to the previous year. On the other hand, Greek production increased, albeit at a lower rate of growth than expected at the beginning of the harvest. Other “third party” producers are also growing, especially Tunisia, with a marked increase of + 150% at 300 thousand tons more compared to last year. Turkey also showed a significant increase of +36%.

The lower availability worldwide of olive oil has not, however, helped to increase prices. The reason is to be found in the abundant stocks at the beginning of the season , especially in Spain that more than compensated for the production shortage, thus leaving the international prices in the inflection phase.

This has also dragged down the Italian prices that in the last year, due to the worst production in recent decades, had seen an expansionary period until the beginning of spring”. 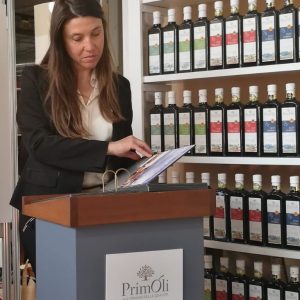