It is public knowledge that promoting a healthy diet is essential for enjoying good health.

Extra virgin olive oil, an icon of the Mediterranean diet, produces an effect on the human body that goes beyond that derived from its supply of essential fatty acids:  its high content of oleic acid, as well as the proprieties of its minor components make it, to all intents and purposes, a functional food with a nutraceutical action (a term that derives from the union of the words nutrition and pharmaceutical ). This has been expressed also by the Food and Drug Administration (FDA – the US government body that oversees the regulation of food and pharmaceutical products sold on the US market) that has recently reclassified olive oil from health food to medicinal food.

Among the many beneficial effects that extra virgin olive oil exerts on the body, here we are focusing on those attributable to the three health claims that EFSA (European Food Safety Agency) allows us to mention on the label:

Extra virgin olive oil is mainly composed of lipids (99.9%) which are rich in fatty acids, in particular oleic acid (in quality oils it exceeds 70-72% of the total acidic composition), an unsaturated fat that is able to regulate cholesterol levels (by reducing LDL “bad” cholesterol levels but unchanging those of HDL “good” cholesterol) acting as a preventive factor for various cardiovascular diseases.

The indication refers to the presence of vitamin E (alpha-tocopherol) in extra virgin olive oil. In addition to its vitaminic action, alpha-tocopherol plays an important role as an antioxidant benefiting both tissues and cells, in particular in the later stages of their biological cycle.

It should be remembered that the presence of vitamin E in extra virgin olive oil is extremely variable as it is highly correlated to the type of soil, the climate, agronomic practices, as well as the cultivars used and the maturation of the olives at the time of harvest.

(in order to bear the claim, information needs to be given to the consumer that the beneficial effect is obtained with a daily intake of 20 g of olive oil)

Polyphenols are antioxidant substances that exert a protective action on LDL cholesterol and cell membranes, guaranteeing a defence against the onset of cardiovascular diseases and the formation of some tumours. While the previous two indications can also be reported on labels of other widely used vegetable oils as long as, in accordance with the provisions of the EC Reg. 1924/2006, they are rich in unsaturated fatty acids (such as sunflower, safflower, canola) and/or vitamin E, this claim is specific to extra virgin olive oil. With the exception of extra virgin olive oil, all other widely consumed vegetable oils must in fact undergo a refining process in order to be marketed, which destroys this precious component in those oils.

Considering that, in addition to contributing to good health, extra virgin olive oil retains the fruit’s fragrance from which it is extracted exclusively by mechanical means, all that remains is to do is recommend its use! 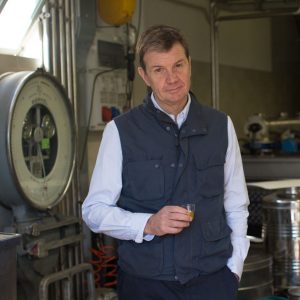